Champions of Regnum allows you to play individually or with other friends and players from your realm. Parties are a way of meeting other players and playing cooperatively whether attempting the same quests, raiding or exploring. Killing creatures while in a party rewards each player with experience points based on the players involvement and adds an additional bonus for being in a group. You must participate in the battle to gain experience points.

Whenever you're in a party, you'll be able to visualize the status of each one of your party mates. If you're the leader of the party, the possibility to kick any of its members is also available.

Parties and the Environment 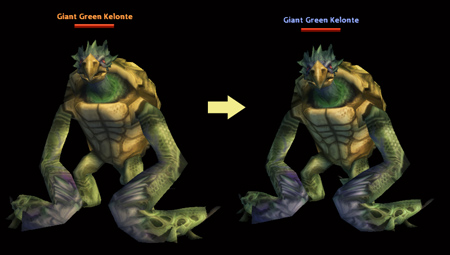 Keep in mind that in case you lose sight of your party mates, you can always open your world map ("M" key), and their position will be shown. This info is updated in real-time, so you'll always know where to go to find your friends. 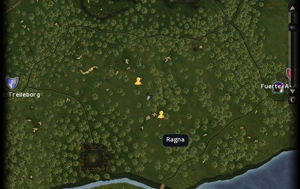 At some point you may want to formalize a group of players into a clan. A clan simply gives a name to a group of allied players. You will not get any in-game benefits such as extra experience points for kills. You will have an additional chat window for talking to other clan members. However, you will still need to form a party to play cooperatively and gain any bonus experience points. Being in a clan does not restrict you from forming parties with non-clan members.

In order to create a clan you will need to meet the following criteria and then find a Clan Notary to formalize it.

Clans require a group with eight players
Each member must be level 15 or higher
The group leader will need 2,000,000 gold 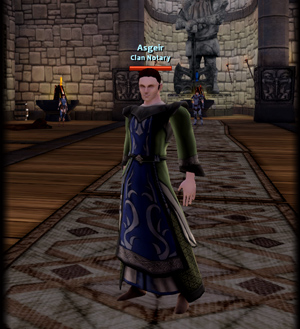 The player that pays the 2,000,000 gold becomes the clan leader and as such has additional controls over the clan. These controls are: 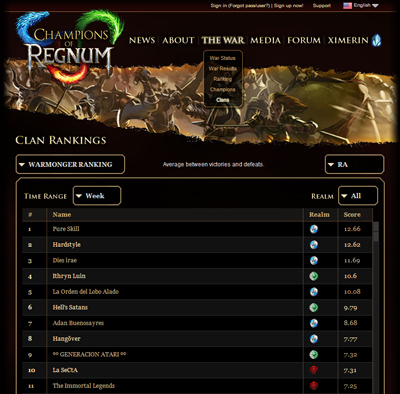